For his work about magnetoelectric sensors in medical engineering Dr. Enno Lage, post doc at Kiel University, received an award for young researchers from the German Society for Materials Science (DGM, Deutsche Gesellschaft für Materialkunde). The prize was awarded at the annual conference of the DGM in Darmstadt on September 26th 2016. It honors outstanding achievements of young researchers in material science.

During his PhD, Enno Lage conducted his research on highly sensitive magnetoelectric sensors within the collaborative research center “Magnetoelectric Composites” at the Faculty of Engineering.

Those sensors show their highest sensitivity in presence of well-defined magnetic bias fields. For vector sensors and in densely arranged sensor-arrays each component needs an individually oriented bias field. Thus, the sources of bias fields, either generated with electromagnetic coils or with permanent magnets, are detrimental in terms of miniaturization.

In order to overcome these limitations, the researchers utilized the exchange bias effect which is well established in magneto-resistive sensing. The challenge in their approach was the precise adjustment of the bias field. The orientation of the internal bias field is crucial for the sensitivity. If one would simply substitute the external bias field by an internal field with same orientation and strength, the sensors would show a vanishingly small response and hence an alternative orientation had to be considered. Additionally, if the field is too large the sensitivity decreases, if it is too small the sensor behaves partially unbiased.

The followed approach led to the successful realization of self-biased magnetoelectric sensors and was suitable to combine sensor elements for vector sensing. 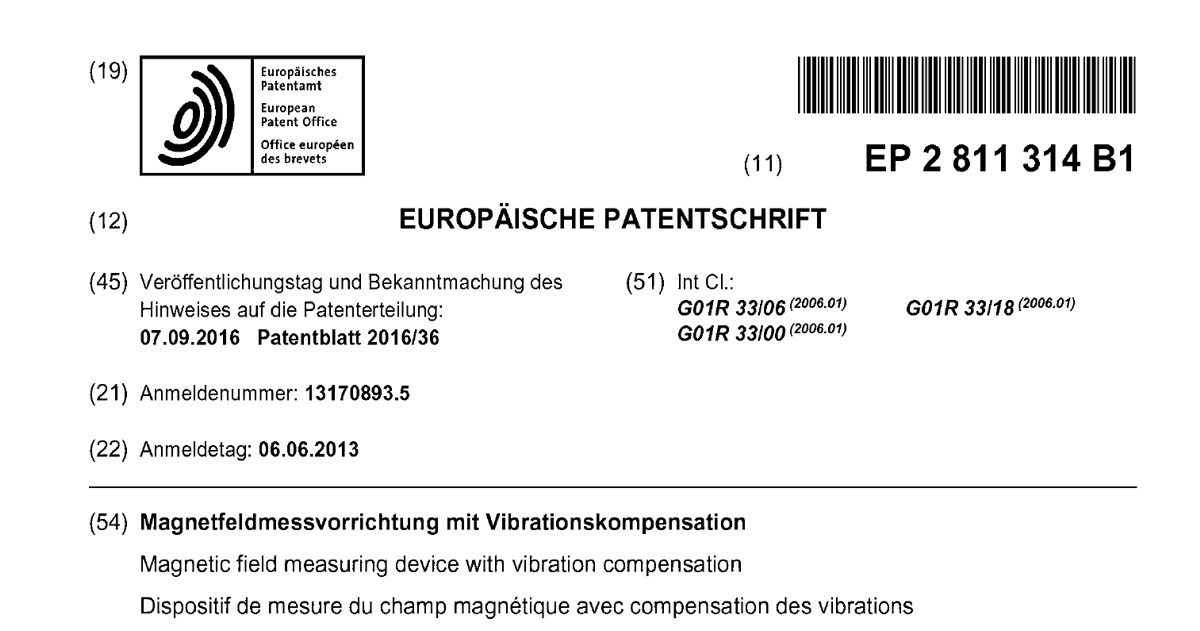 Today (September 15th, 2016) the inventors Robert Jahns, Holger Runkowske, and Reinhard Knöchel were informed from the European Patent Office that their idea on the "tuning fork" sensor principle is protected now by the European patent EP 2 811 314 B1. Congratulations to the inventors!

A "tuning fork" sensor basically consists of two ME sensors, which are arranged on top and at the bottom of a mounting block. The inverse orientation of the individual sensors with respect to the suspension point (FR-4 substrate in the picture below) leads to distinguishable output signals for magnetic and vibrational excitations. If a magnetic field is applied to the tuning fork, the cantilevers are bent in opposite directions (e.g. both away from the centre, black arrows). The outputs of the upper and lower cantilevers are opposite in phase with respect to a common ground and thus produce a differential-mode signal. In the case of vibrational coupling, the cantilevers are predominantly bent in the same direction (green arrows) and produce co-phase signals of the two sensor outputs (common mode). The comparison of a tuning fork sensor with a single cantilever sensor (see figure below) reveals that the tuning fork shows a limit of detection of approximately 500 fT/Hz1/2 – a very good LOD for magnetoelectric thin film sensors - whereas the individual magnetoelectric cantilevers, similar to those of which the tuning fork is composed, have sensitivities of approximately 5 pT/Hz1/2. With superimposed white noise the effect of the tuning fork is even more distinct. Whereas the tuning fork experiences an increase in noise level of about a factor of roughly 4, the single magnetoelectric sensor shows a rise of approximately two decades. 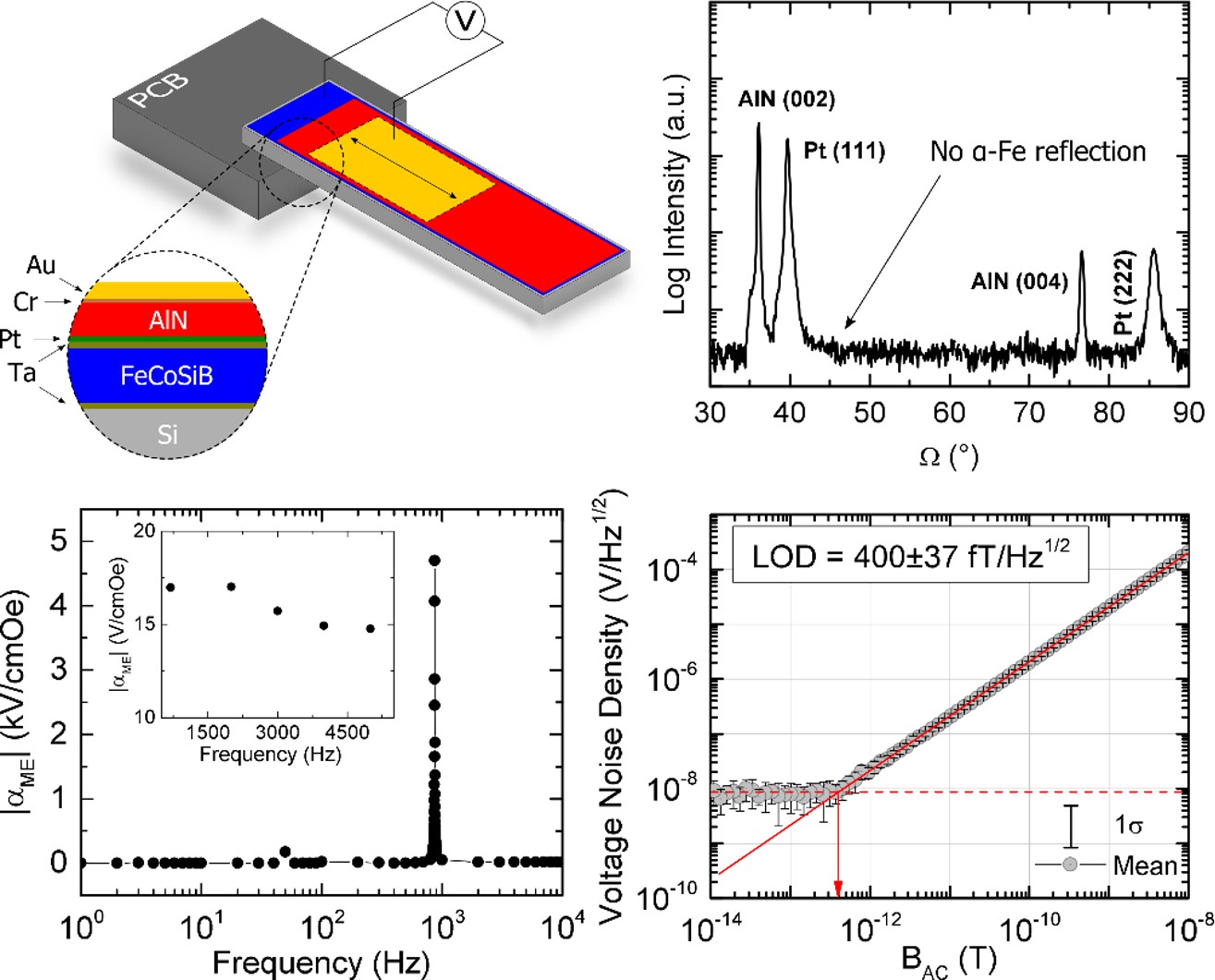 There are several important results;